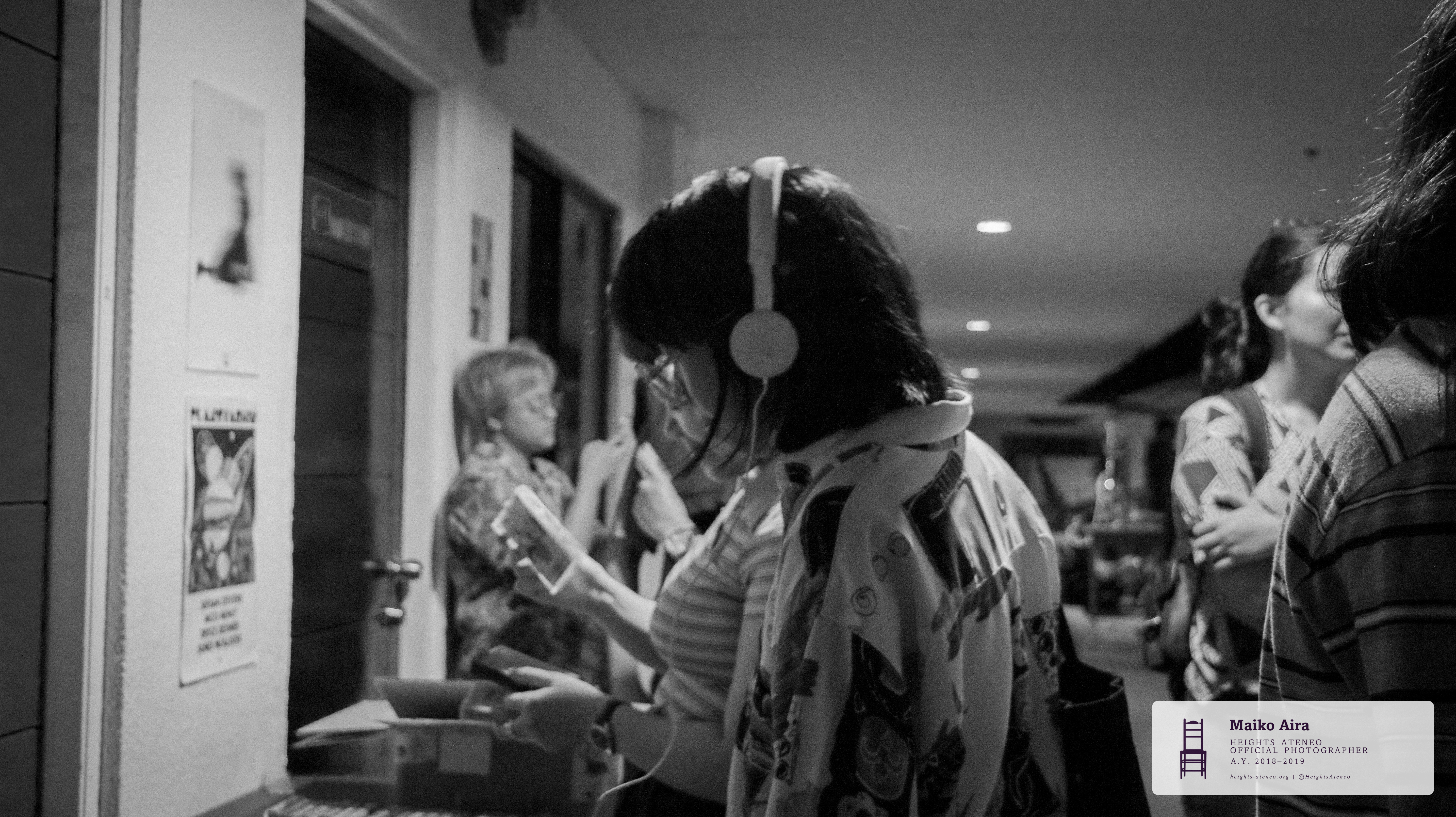 Today’s younger generations can be characterized as creatures of nostalgia, recalling the past more than any other. In the modern century, they are bringing back the past to the forefront for discourse, making it more tangible in their own contemporary culture: materializing retro-styled art forms in fashion and photography, reviving 80s music and the like, letting such things manifest in their own lifestyles.

Retro is a word with many meanings. Often attributed to the words “old-fashioned” and “timeless”, retro is no longer solely a style, but rather a way of life. Coupled with technological outdatedness, retro suggests a both communal and personal method of understanding the past. In the Philippines, years have passed since the arrival of what we now know as retro art and popular culture.  The peak of cassette tapes took place locally in the early 1960s, while the coming of vinyl and compact discs paved the way for music appreciation in the early 1990s. Photography, on the other hand, takes centuries’ worth of steps back as the first Philippine film photographer, Felix Laureano, shot his first portrait in the late 1800s. With this, retro culture finds its way into many art forms as it bleeds into fashion, art styles, typography, interior design, and even video game design.

With the recent resurgence of retro art and pop culture, some people choose to look forward while there are others who take comfort in immersing themselves in the past, whether it was a time they experienced or not. Piecing together the past and old practices, Heights digs deeper into the roots of some Ateneans who take part in retro cultural or art forms, prodding at their connection to the past to figure out: what is the cause of this resurgence of retro culture in the Filipino youth?

Red on Capturing the Balance

Red Bautista has been enamored with photography ever since he was young. From a childhood fascination over his grandfather’s film cameras, he eventually pursued his interest through a simple point-and shoot film camera he still uses until this day.

“I recall that as a child, I often looked through the photo albums we have at home. This was accompanied by a feeling of amazement at how film photos seem to capture moments perfectly and possess a timeless quality to them, making make them more endearing compared to digital photos.”

To Bautista, film photography has always been a process that certain individuals have come to love and appreciate and so, to him, it would only be a matter of time when film would resurge. Expressing that there should an openness in approaching a modernized way of film photography, he sees modernization as an undeniable reality that doesn’t have to keep this form of art from being exclusive of anyone who wants to practice it.

“There should be little to no appreciation for gatekeeping art for the sake of keeping its purity. This is counterintuitive and allows exclusivity in the art form, restricting its growth and prohibiting it from flourishing even further. I believe that the wider appreciation for an art form will always be beneficial so long as it acknowledges its roots.”

Bautista also shared that in comparison to the past, there is now an online market as well as communities like Lomomanila that offer a variety of film cameras. Modern products such as Instax cameras, disposable cameras, or even phone apps like Gudak and Huji are also platforms for widespread practice and appreciation of film photography. However, the only downside he sees in this revival of film photography among the youth is that the it  may only be seen for the “aesthetic” that it possesses, overlooking a familiarity with film in the deeper sense.

The process of film requires some considerations to be taken note of. Bautista lists some of them, like the limited number of shots, the time it takes to process film, and printing the photos. Although these may seem to be nuisances, these are exactly the same aspects of film photography that make one cherish the experience. Furthermore, film photography allows a generation of fast-paced people and photographers to slow down for once and just be more mindful of what they take.

“In a society where convenience and instant gratification are dominant, shooting film becomes a sort of practice in slowing down and being more mindful... there is a time and place for both digital and film photography. …they each have their respective niches where they excel. Rather than seeing it as a competition, …people [should] see it as two ends of a spectrum where both can coexist together.”

What sets apart the Philippine retro art scene and its resurgence is the fact that there is a shared experience which often leads to the formation of tightly-knit communities. Red points out that these groups are open to anyone and therefore make it easier for beginners to practice their art form without the fear of judgement and discrimination from being inexperienced. He expresses the belief that a united and open-minded community backing the resurgence of retro art forms creates cultures that last longer and age better over time.

“A solid community backing the resurgence of these retro art forms and pop culture activities is what I believe lead to the relative stability it enjoys as well as the continued increase in individuals who are willing to partake in it.” 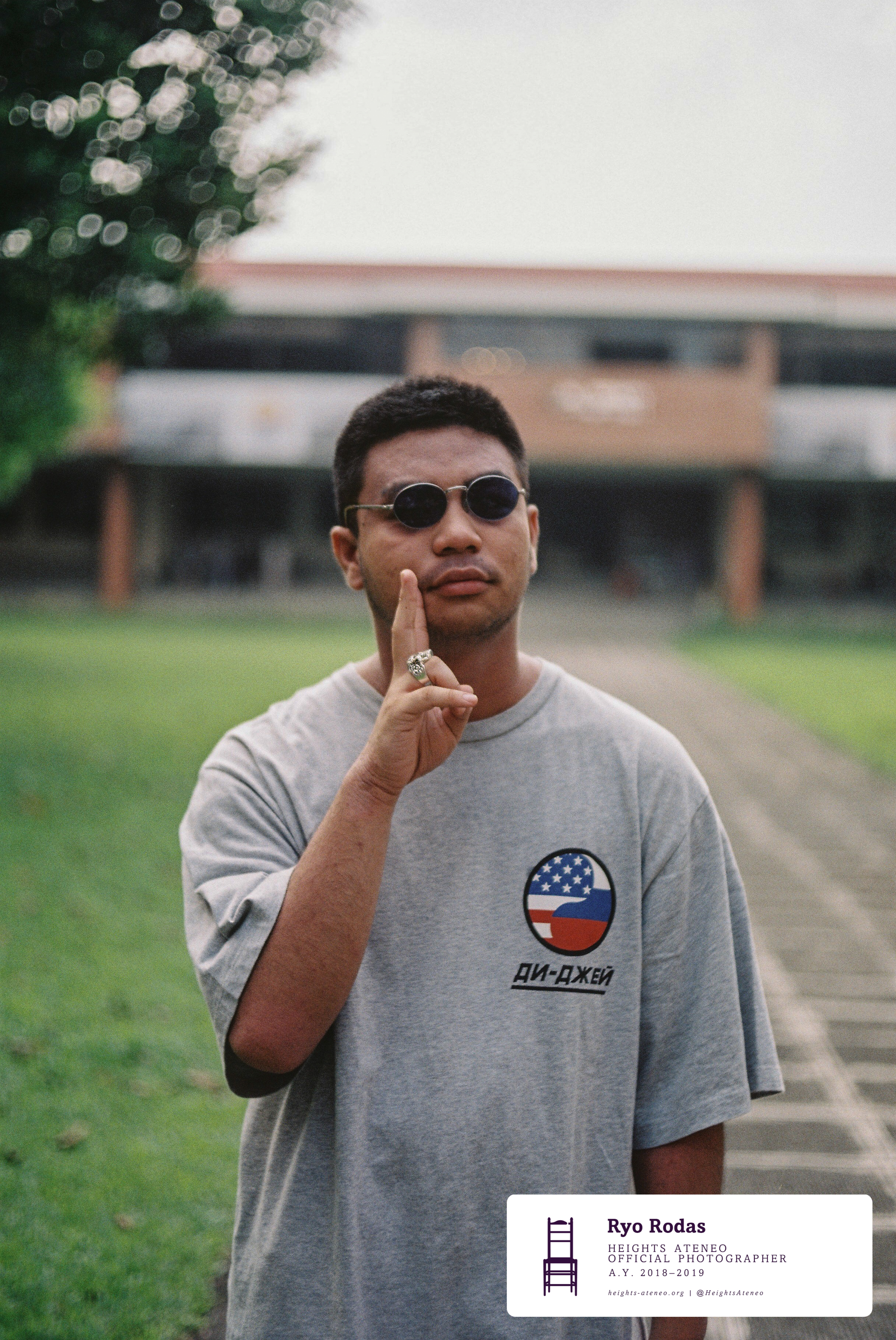 Javier Pimentel is a student-beatmaker, producer, and fashion enthusiast. Despite his Western influences, he mentions that Filipino music is “something he really couldn’t escape.” Although he only developed a keen interest in Filipino media when he entered university, his passion for Filipino music is unwavering.  As a music producer and collector of vinyls, he expresses his interest in old Filipino music by sampling from vinyls, the process of taking apart different sounds from different sources, and manipulating then re-contextualizing them.

“Listen to your music influences’ influences… It’s always nice to look back at your roots. It humbles [me] to know that you are not the first one... We are always reinterpreting and re- contextualizing what happened before.” 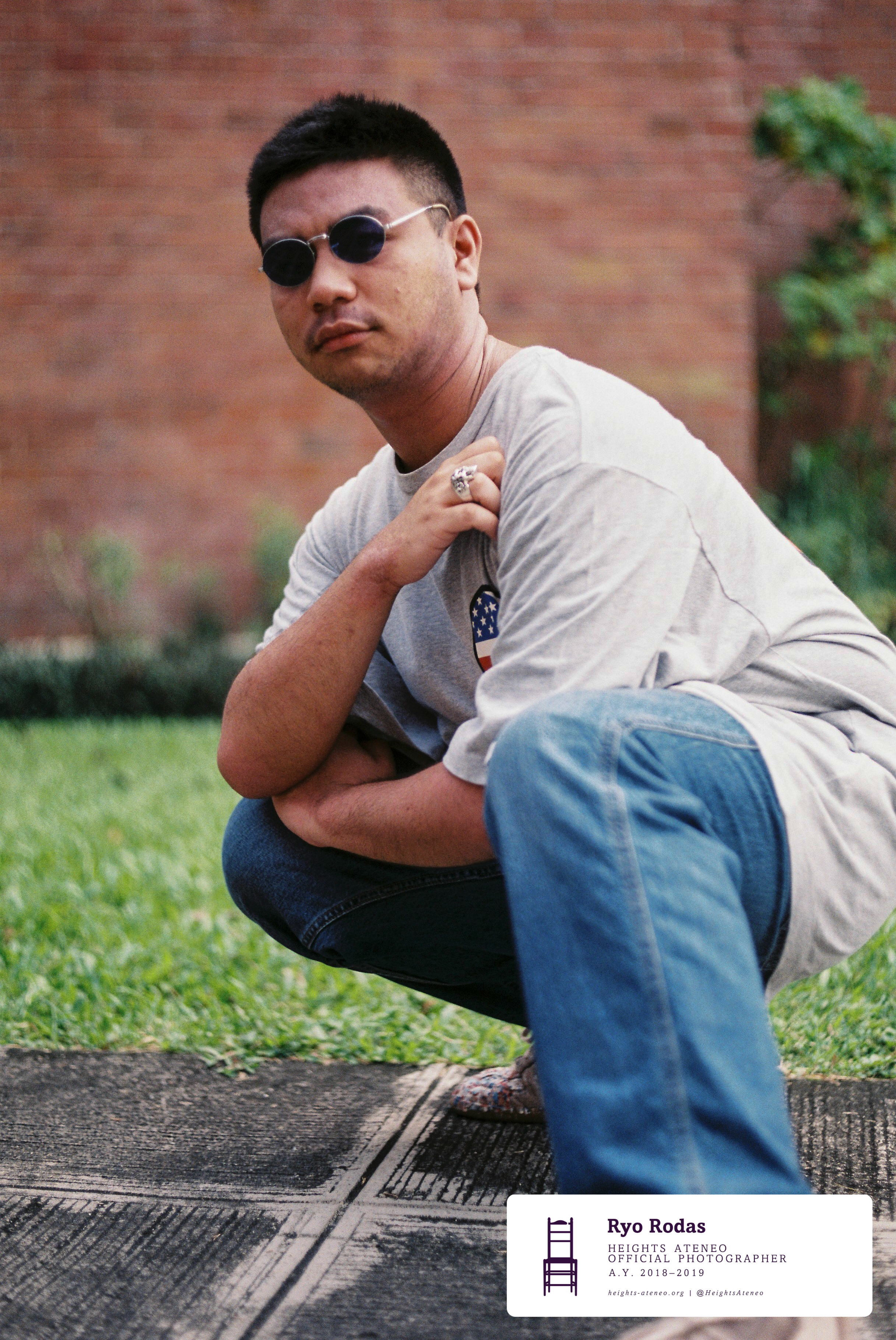 Research is at the heart of Pimentel’s appreciation for retro art; it provides him with opportunities to trace history and pay due respect to the pioneers of local culture and art. He enjoys analyzing the evolution of pop culture and art, as it keeps him grounded and humble to know that there is a rich history behind these art forms and even their modernizations. As retro hits the mainstream, Javier is excited for how people receive, process, and reinterpret these art forms. He urges enthusiasts to participate in the culture with a mind open to learning.

“Respect and honor the craft. At the end of the day, do it for yourself, not the trend.”

With the rise of technology, we bid farewell to certain cultures inherent to retro. Javier highlights the impending death of albums. Technological advancements such as Spotify and even .mp3 extensions contribute to the end of the whole album-listening culture. Although technology can help people discover their interests, people’s need for immediacy creates a generation of selective and impatient audiences.

“Technology has turned us into passive listeners instead of active ones. Vinyl and cassette? Hassle sila. It’s hard to switch them out or skip songs, so you [are left to] immerse yourself in the entire experience.” 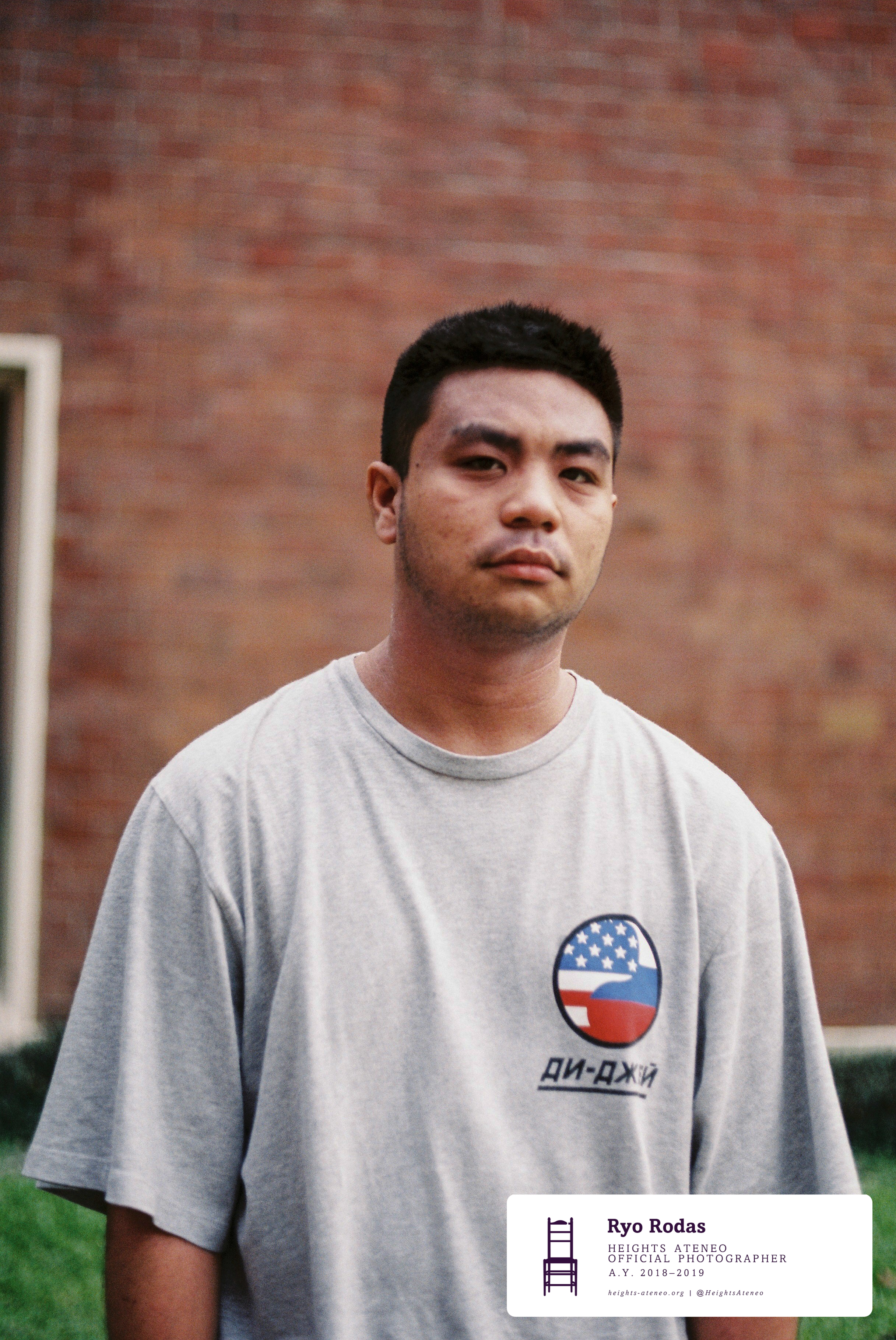 The Philippines is a multicultural country heavily impacted by its Western influences and Asian roots. Javier notes that no one retro culture is the same as others. What he particularly enjoys about sampling Filipino music is seeing the history behind it from distinct beats, notes, and melody. Despite our Western influences, Filipinos find ways to localize them.

“Eventually, we have to re-contextualize it in our own way… At the end of the day, we find ways to make something our own, something that makes us Filipino.”

A self-described sentimental person, Ninna Lebrilla grew up surrounded by retro culture. She carried her childhood interests of music and film of the 80s, extending it now to different art forms such as fashion, photography, and retro-graphic design. 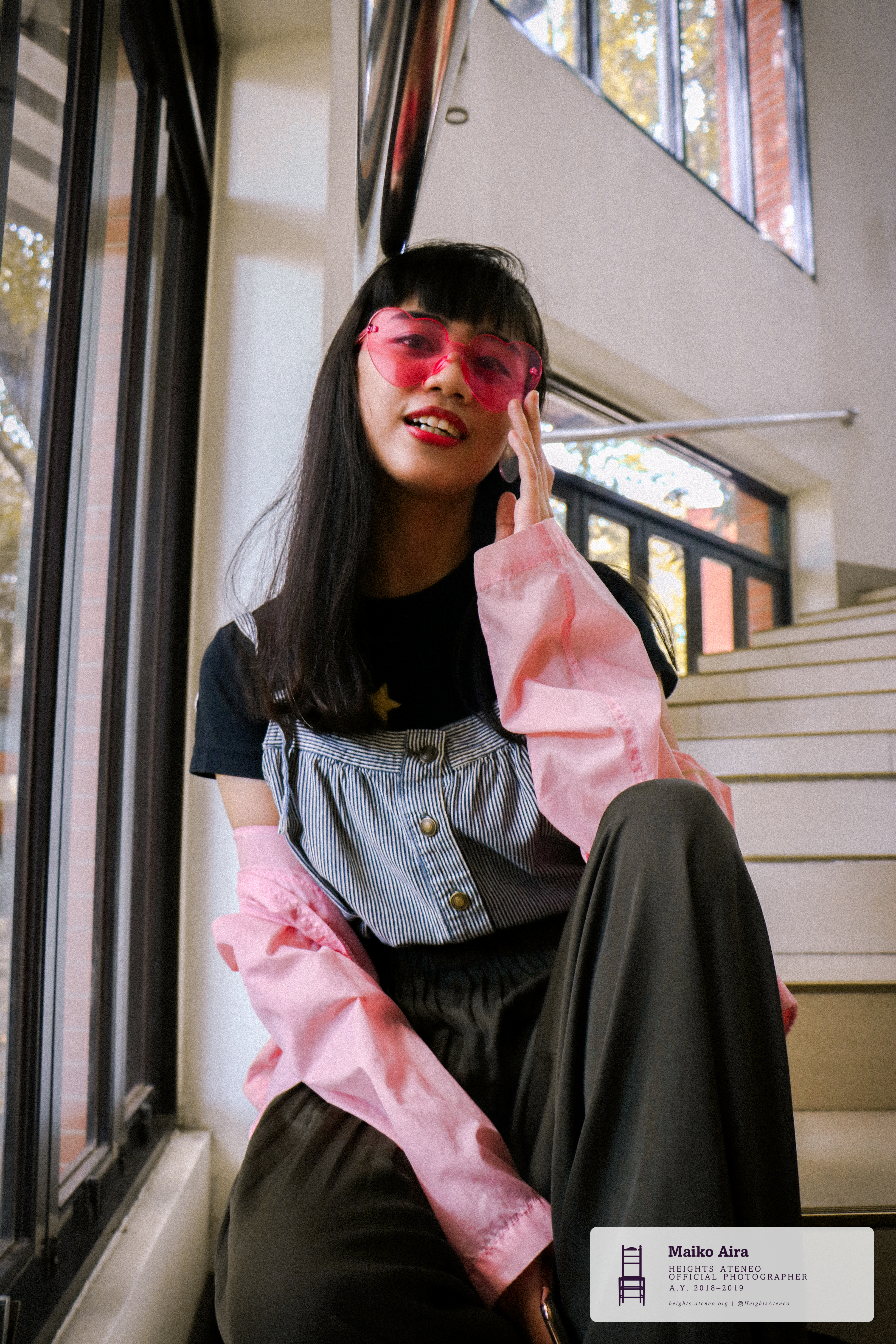 “My childhood was a very happy and meaningful time to me and growing up being exposed to that kind of pop culture is something that’s a really big part of my childhood so in a way how I’m interested of it now is more of my connection to my childhood like that nostalgic connection.”

How she’s nurtured this connection to her childhood is from days spent with her family; taking up a film camera to try and recreate the old photos of her lola or rummaging through her mom’s cabinet for her clothes.

“I would go through like old antique stuff. Yun sa lola ko, she would give me all these small trinkets from the time nung parents ko and they were just really old toys from back then. Memories like that are often the reason I get interested in retro pop culture.”

To her, the concept in the Filipino context is something mixed with the modern culture that carries the past with it; a step in taking interest is a step closer to approaching people of that time. Retro art and pop culture can bridge the gap between the two generations through conversations of the past by the youth of the present.

“Your number one source is generation ng parents natin, our grandparents. I guess it’s really a step in approaching the people talaga who were present during that time and taking interest kasi a lot of them enjoyed the pop culture of their time whether it be in music or film whether it be fashion or crafts. There’s so much to explore kasi every decade has its own jive and you can start by talking to the people of that era.”

Time is elusive. As mortals, we are denied previous eras rich in culture. We find ways to reimagine the realities we could not and will not live in by vicariously living through practices. The resurgence of retro art and pop culture provides a string that tethers people to their own histories and past stories.  Because of this, it is crucial that we don't just objectify or generalize this culture and these art forms as objects for aesthetic purposes only; they have narratives engraved into it. Retro culture and art has transcended out of its realm to become part of the lives of today’s youth who now associate it with their memories, stories, and identity.

Rob Cham on the Realities of Freelancing in Manila

With the advent of specialized art tools and editing software, more of the aspiring youth are honing their passions in the local art scene.

If there’s anything that weaves poetry and astrology together, it’s the unyielding allure of making us feel, making us feel real.